M is for Miscarriage 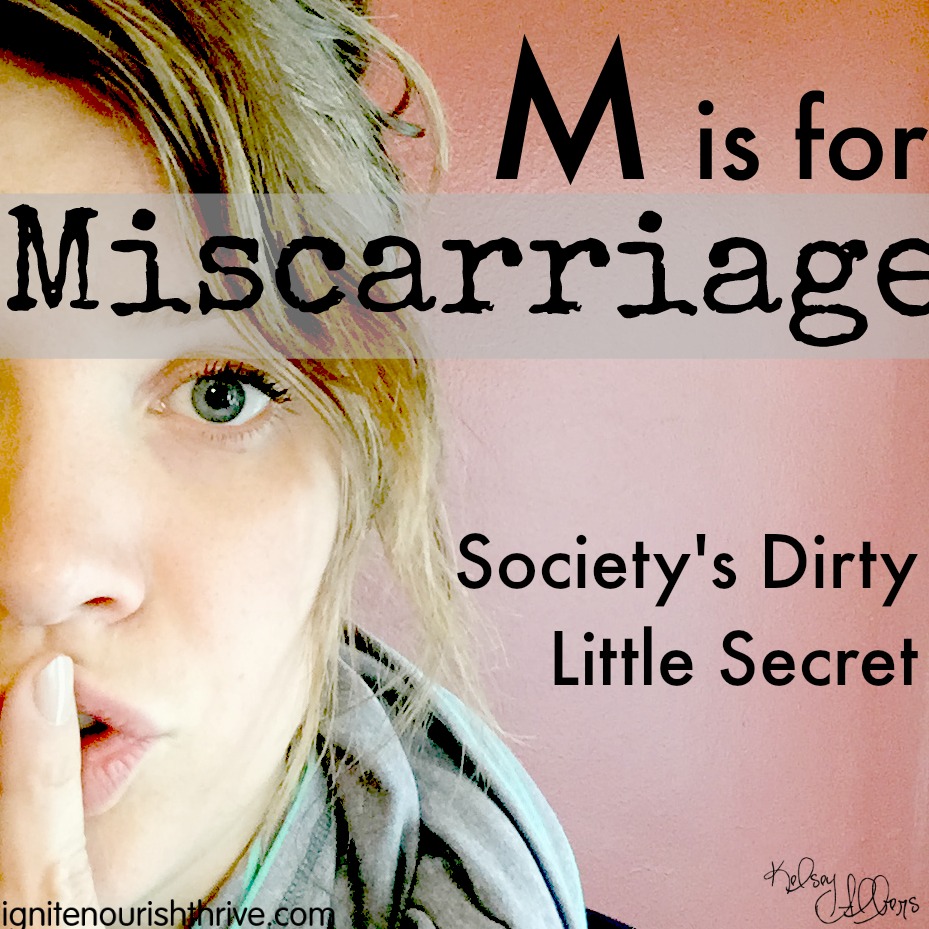 What a crazy and upside down world I’ve found myself in.  Until about a month ago, I wasn’t even sure I ever wanted to be a mother.  But on August 27th, I got the news that ripped my soul from my body with one ultrasound picture.  I was having a miscarriage at 11 weeks of pregnancy.

It’s so weird because even after I found out I was pregnant, I wasn’t sure this was the best move for me.  I love my life as it is now.  I mean- I love it just being me and husband and my dogs.  Being able to pick up and travel across the country and world when we see fit.  Being able to take adventures without regard for a babysitter.  Oh, and of course sleeping in on Sunday mornings…

What a punch in the gut way for me to realize I actually wanted to be a mother.

The midwife said it was a blighted ovum.  This is where the egg was fertilized and implanted, but the embryo never took.  Meaning there was never even a baby there.  I mean, what?  What do I freaking do with that?

How do you mourn something that wasn’t even there?

My friend Jill put it so eloquently, as she always does.  When we as women see that positive reading on the pregnancy test, our entire life changes in an instant.  We visualize the baby bump, the perfectly planned and executed delivery, the amazing tree house and obstacle course we build for them, the first time they help us cook a meal, their first high school basketball game, dropping them off at college, and their wedding.  In an instant, we’ve written a story.  And we are never the same.

Of course the typical feelings of “it’s not fair” crossed my mind.  People on the news doing terrible things to their children.  People on Facebook complaining about the cost of school supplies.  People in Walmart giving their toddlers soda to keep them from misbehaving.  If you don’t want your burden, I’ll take it.

And I went through the “everything happens for a reason” stage.  I spent a lot of time trying to figure out the reason:  If I wasn’t sure I wanted to be a mom, maybe this was mean to show me I DID indeed want that.  My husband and I experienced, for the first time, extreme grief together.  Maybe it was meant to bring us closer together.

But really, I don’t believe that everything happens for a reason.  And life is not fair.  We live in a fallen world and sometimes really crappy things just happen.  We can’t control what happens, but we can control how we respond.  We can take experiences and let them make us all dark and twisty inside.  Or we can use them to make us better.  Lemonade out of lemons, I guess.

The Outside Looking In

But I can’t help feeling like a social pariah.  Standing awkwardly in the corner of the room and watching all the other girls twirl, their dance cards full.  It would be unacceptable to sneer at them.  To be bitter about it.  To act childish or uninterested or anything less than happy.  Anything else would be a dead giveaway to the pain inside.

But why so I feel like such an outcast?

For the same reason we think everyone has abs but us- we have 24 hour access to what we crave via the world wide web.  Every time I log on to social media, I’m reminded of everyone else’s beautiful and healthy pregnancies:  The creative pregnancy announcement.  The 20 week ultrasound pictures.  The anticipation of delivery yet to come.  Newborn pictures from the hospital room.  And all the fresh, new family pictures.

Don’t get me wrong.  I am so happy for everyone and all of your blessings.  But if I’m being completely honest….

I don’t want you to feel sorry for me.  I want to be learning to love my new body.

I don’t want to handle it well.  I want to be frustrated by all the baby wearing options.

I don’t want to be an inspiration.  I want to be the craziest combination of scared and excited.

I don’t want it to suck.  I just want to be pregnant.

It freaking hurts.  I’m not even 100% sure I want to do this again.  My logical brain knows enough to know that there is healing after miscarriage.  That I have upwards of a 90% chance of having a healthy, normal pregnancy.  But if there is even a chance that this will happen again, I just don’t think I can.  My track record for repeated voluntarily pain is not so great.  I’ve only done one GoRuck.  I only have one tattoo.  I only tried my pierce my own belly button one time.  Once is enough- it hurts.

So why I am writing this?  It’s not to make everyone who is having or has had a successful pregnancy feel bad.  It’s because all this needs to be said.

Now when I tell someone, they sometimes whisper quietly “I had a miscarriage too.”  Like it’s a secret.  Or something to be ashamed of.  Friends- there is an epidemic of women who are rationalizing the silence.

I get it.  I have rationalized several reasons why I should keep it to myself:

This needs to be said.

It needs to be talked about.

Miscarriages cannot continue to be taboo.

Mourning is hard enough.  But mourning in secret…  Humans are meant to live in groups.  The worst form of punishment we’ve managed to cook up for each other is prolonged solitary confinement.  People go super crazy.

To be clear, at no point has anybody told me I’m defective, guilty, refused to mourn with me, or told me not to be that girl.  But even as I write this, I’m struggling with the idea of going public:  “Since nothing’s official until its Facebook official, I was pregnant.  Now I’m not.  So that sucks.”

So really.  Why am I writing this?  To bluntly share how it feels.  To be honest- I had no idea.  The few miscarriages I knew of, I always felt sad for the parents but never imagined the magnitude of grieving and epic sense of loss that took place.  And the feeling of loneliness.

For those of us who are still waiting for our dance cards to be punched, maybe we’ll feel less alone.  We’ll feel like its ok to not smile.  It’s ok to be uninterested for a time.  And just be a little bitter.

I haven’t found closure yet.  I don’t know that I ever totally will.

But in the meantime, I’m just over here making lemonade.

19 thoughts on “M is for Miscarriage”