An Anniversary Gift to my Husband 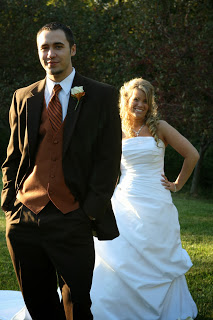 Today is my 5 year wedding anniversary.  In an effort to save money for our real gift to each other (our trip to Australia in a few weeks), we decided to not spend a whole lot of money on each other today.  So what do you get a guy that already has everything (XBox, future plans to travel the world, and an amazing wife)?  Well, if it were up to me, I would shout it from the rooftop how much I love him and how glad I am to be married to him.  But since our neighborhood consists of elderly women who can’t hear and shift workers, I figured that would not be as appreciated as I would hope.  So I’m using the next best thing to a rooftop that I have access to.  Below is a collection of what I think we’ve learned as a couple over the past 5 years.  Some are funny, some are serious, but all are 100% genuine.  I’m even more in love with this man than 5 years ago today.  I don’t know how it could get any better, but I’m excited to find out….

Marriage starts with a butterfly in your stomach.  That “I sure I hope that when I cry, it doesn’t ruin this mega expensive airbrush makeup for pictures” kind of butterfly.  But that butterfly turns to giggles when your pastor says something quirky and you catch the reaction on your soon to be brother-in-law’s face.  And for some reason, the rest of ceremony just seems hilarious (which, by the way, make for great wedding pictures). 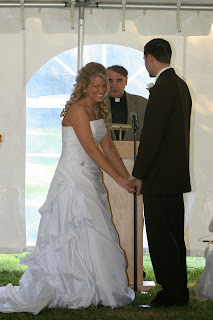 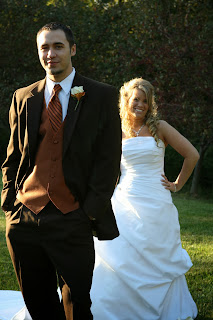 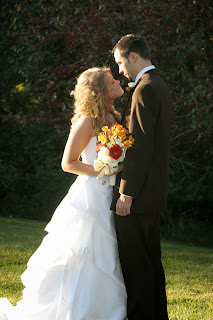 After that blissful ceremony, there is a party on the dancefloor and a need to hug everyone at your reception.  And the first dance….  when you forget everyone is watching and you follow your husband’s lead because right in that moment, you would follow him to the ends of the earth.  And when he tells you you’re beautiful, you know he means it. 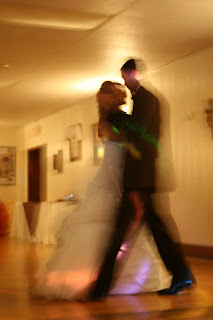 Marriage is about taking an adventure. 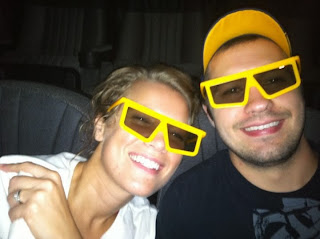 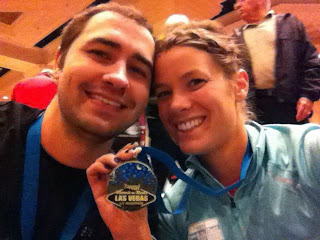 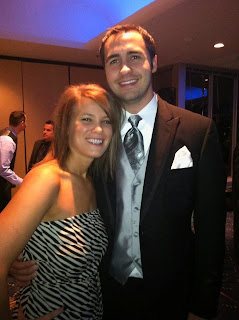 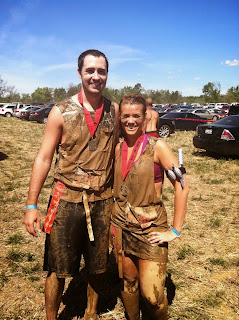 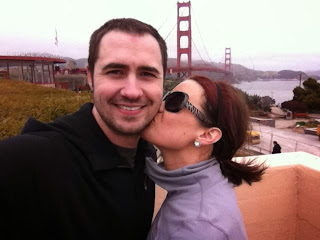 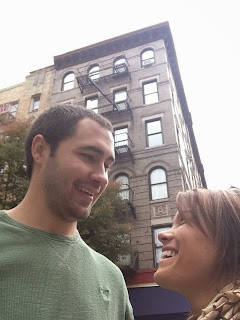 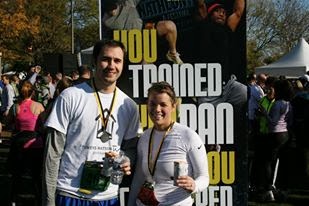 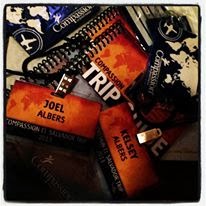 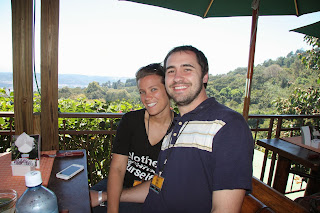 Or even the city closest to home. 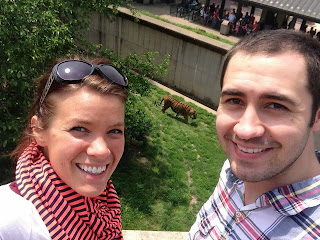 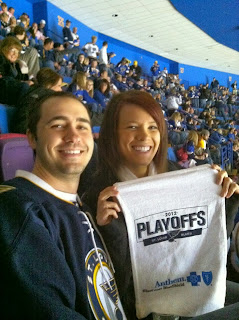 Marriage is being a teacher and student all at once.  It’s possible to warn the other person not to run over the lawn mower cord (because all you can afford as newlyweds is a cheap electric one), but do it three times yourself.  It’s being willing to repeat yourself because the other person was not interested in learning how to use the TV remote until it suited them. 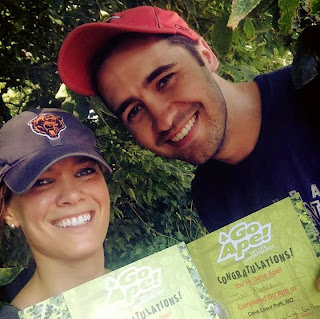 Marriage is learning to be a psychiatrist.  When your other half loses someone they love, you learn to be a listener and shoulder to cry on.  But when they’ve had a terrible day because traffic was bad, they spilled coffee on their white shirt, and their computer crashed causing them to lose 8 hours of work, it’s ok to remind them the world is not coming to an end because there is no ice cream in the house.

Marriage is about learning to compromise.  The kind of compromise that results from a kitchen without enough counter space, a one car garage, or Halloween costumes.  Or figuring out that Monday nights are for WWE, but Tuesday nights are for NCIS.  And of course everyone watches Walking Dead on Sundays. 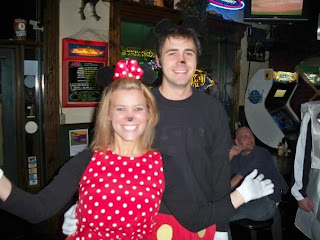 Marriage is about becoming cultured and appreciating (or at least tolerating) the other person’s likes.  Breaking Benjamin really is a good band.  The Chicago Bears are a better team than the St. Louis Rams.  A black accent wall in the bedroom is a good idea.  But it is never ok to sneak liver into meatballs in the name of health and longevity.

Marriage is about starting a family (even an unconventional one) and learning to parent as a team.  One parent sets a rule (no dogs in the bed) and five years later the rule takes on a life of its own (2 people, 2 dogs, and 2 cats in the bed almost every night). 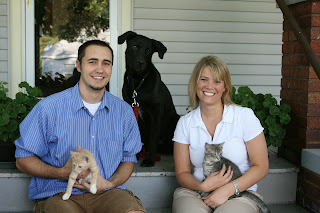 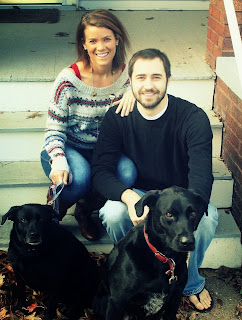 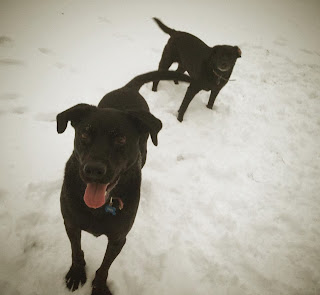 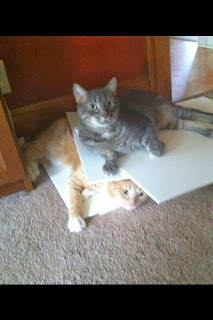 Marriage is being career support, from playing housekeeper and dog sitter when the other one studies and travels to being a sounding board when a better opportunity is on the horizon.  It’s becoming the default Chief Technology Officer, lead editor, default problem solver, and taste tester of a start up nutrition coaching business.

Marriage is about becoming a caregiver when your other half can’t take care of themselves.  It might be bringing them a glass of water when that’s all they can keep down.  It might be adding ice to the bathwater because that overhead squat got a little too heavy a little too quickly.  Or it might be going with them to countless doctor visits, holding them when the diagnosis of an incurable autoimmune condition comes in, and sticking them with a 2 inch needle once a week because they can’t stomach doing it themselves.

Marriage is about learning how to forgive.  Because when you become so vulnerable to someone, they will have the ability to hurt you (and you will have the ability to hurt them) in ways you never thought imaginable.  So when they unknowingly break your heart, there is a tender part of you that will beg you to forgive them.  I beg you. Forgive them. 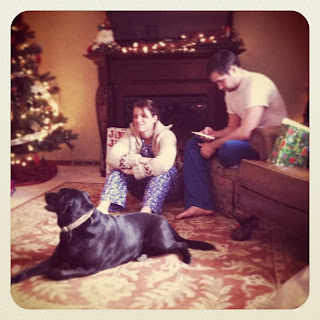 People always say “marriage is hard” like it’s a badge of honor that they know this.  I’ll be honest, marriage is hard.  But that’s what makes it so great.  If you want a stronger body, you have to have bear weight and resistance, but too much will break you.  So you need rest and recovery, but too much of that will make you weak.

Because when we’re married, we could take the easy way out and avoid conflict, avoid uncomfortable moments and discussion, and create a false reality where everything is just perfect.  But then we would dwell in a house of cards.  One strong wind and it’s over.

I am so blessed to have a man who is willing to fight for me when I’ve lost the will to do so for him.  I have a husband who loves me so dearly he will admit when he’s wrong and when he’s sorry.  I have someone who I can laugh with, cry with, and dare to dream of a future with.  And my prayer is that when he looks at me, he sees an equal partner.  So my wish today is that one day I’ll be able to look back at these musing, smile fondly, because after so many more years of marriage I’ll know so much more.

Joel- I love you.  I adore you.  I’m grateful to have you.  Happy Anniversary and here’s to a lifetime more of memories. 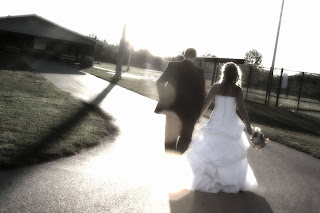